Riley was born with tetralogy of Fallot with pulmonary stenosis and complete heart block. He underwent his first open heart surgery at just two months old to repair his heart and a few weeks later had a cardiac pacemaker placed. Since then he has had his pacemaker replaced twice, once after coding in the hospital, and will need additional replacements as he grows.

Riley is happy and healthy living at home with his amazing grandmother, Tracy, and enjoys playing catch, singing and working on PT and OT with Missouri First Steps. 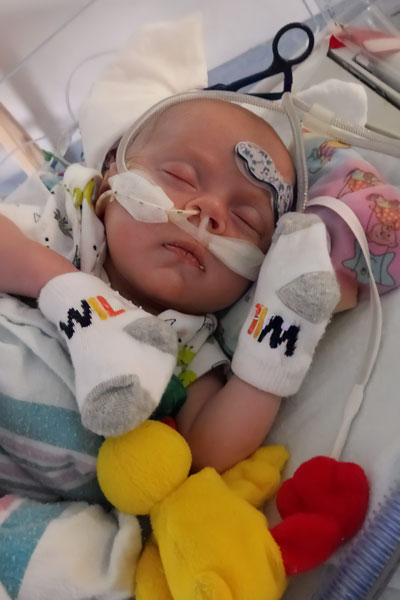 Stella was born with hypoplastic left heart syndrome (HLHS) in December 2015 – a CHD that meant she would only have half a working heart and need a series of three surgeries to reconstruct her heart’s anatomy. She underwent her first open heart surgery when she was only two days old, and then additional surgeries at four months old and three years old. Thankfully her gifted surgeons were able to create a stable heart for Stella and she has been the light of her family’s life ever since!

Today Stella is a spunky and smiley five year old that brightens the day of everyone she meets. 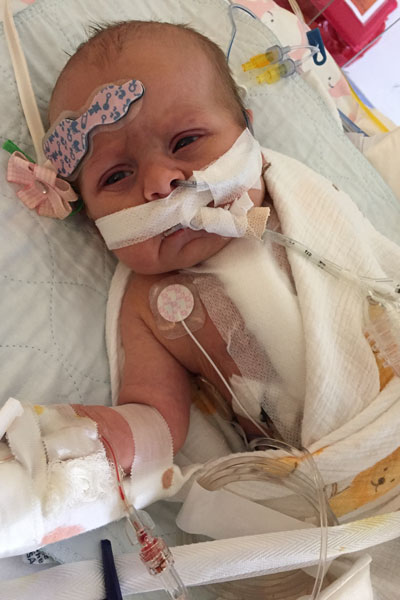 Evie was born at twenty weeks with hypoplastic right heart syndrome. Her surgeons had planned a series of three surgeries to repair her heart, but unfortunately at birth they discovered her coronaries were missing or abnormal. At one week old, Evie was listed for a heart transplant. While waiting for her hero heart, she was placed on ECMO. At eight weeks old she was blessed with a second chance at life and received a heart transplant!

After eighty-two days inpatient, Evie went home for the first time where her parents are able to enjoy their happy and healthy baby girl. 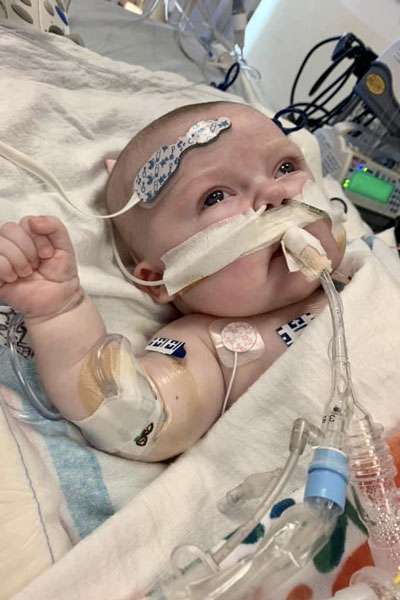 Emmalyn is a year and a half old and was born with Transposition of the Great Arteries (TGA). She had her first surgery at four days old and then again at nine days old. She has since had two angioplasties.

Emmalyn is healthy and thriving. She loves to eat fruit of all kinds, play with all of her animals, play in water, and be outside! 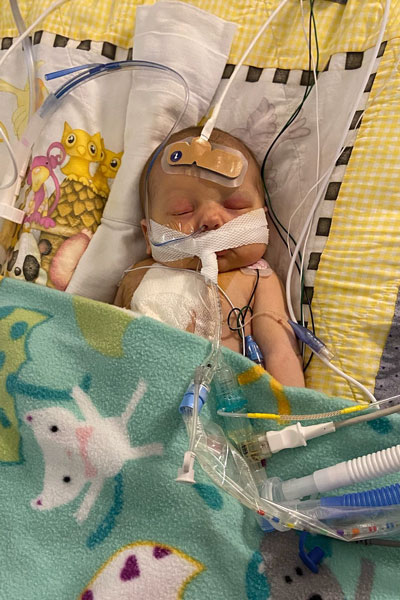 Calvin was diagnosed with a congenital heart defect at fifteen months after the pediatrician noticed a heart murmur, along with other chronic respiratory issues. Calvin has undergone two open heart surgeies in order to re-establish correct blood flow and repair his CHD.

Although Calvin’s CHD will always require specialized care, he is now a happy and thriving four and a half year old. He loves to play golf, play outside, drive his gator and anything to do with trucks, tractors, trains or airplanes. 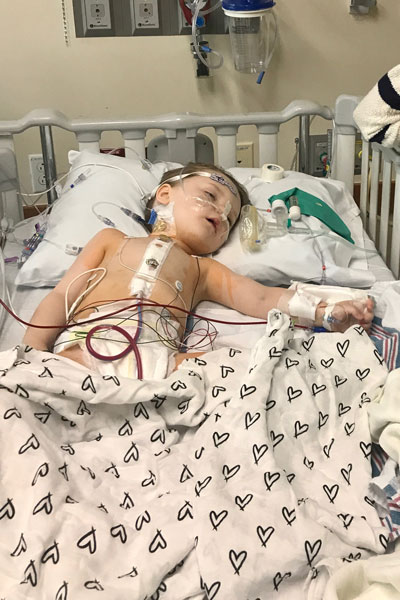 Allyson is a five year old Heart Warrior. She was diagnosed with a single ventricle heart, heterotaxy syndrome, Noonan’s Syndrome and has survived multiple heart surgeries and a long list of complications over her little life.

Allyson is a preschooler and is so excited to go to kindergarten next year! She has three older siblings who mean the world to her. Allyson is extremely adventurous and her favorite thing to do is go to Target.

This girl is so full of spunk and fight and she is changing the world around her with her story. 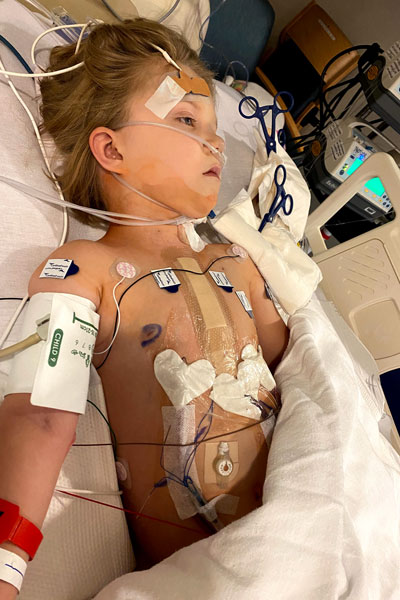 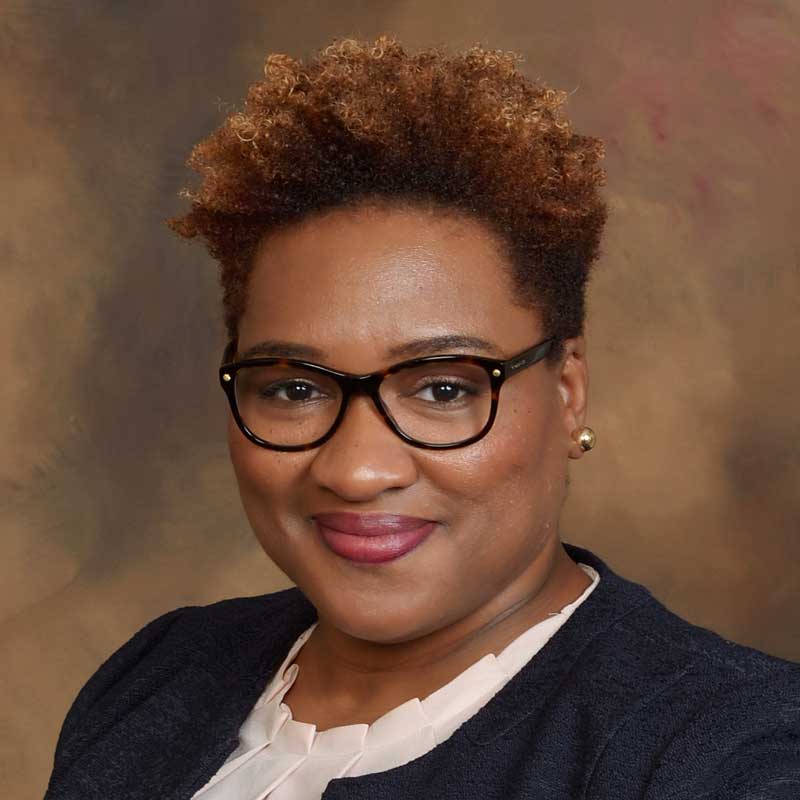 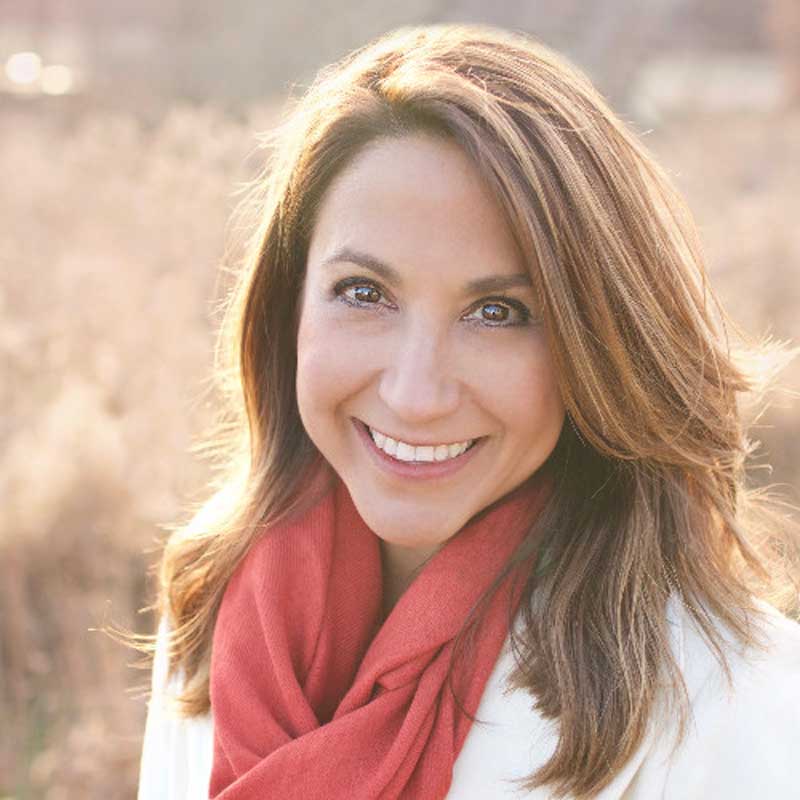 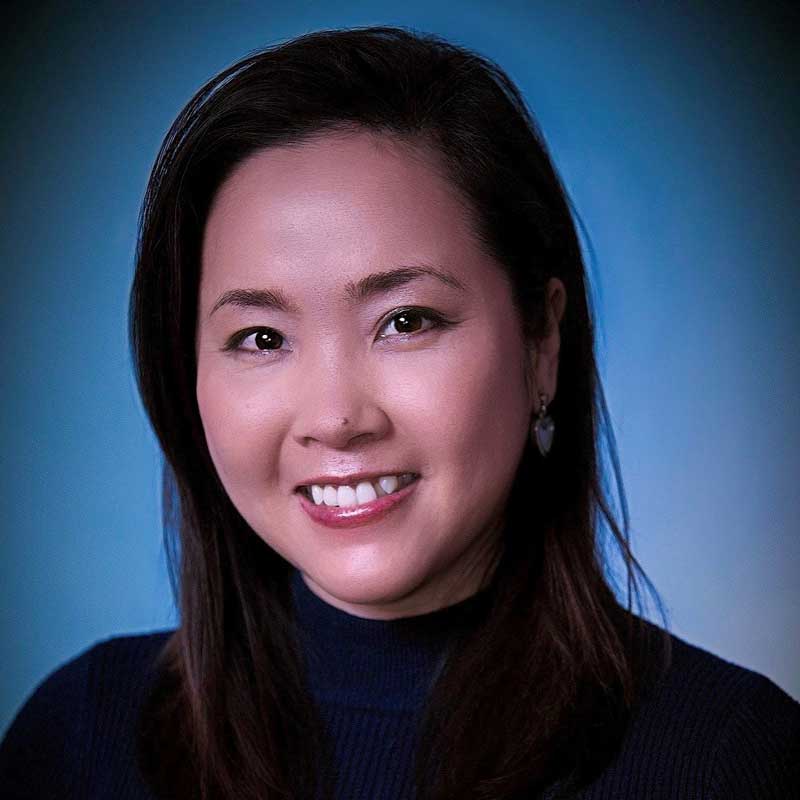 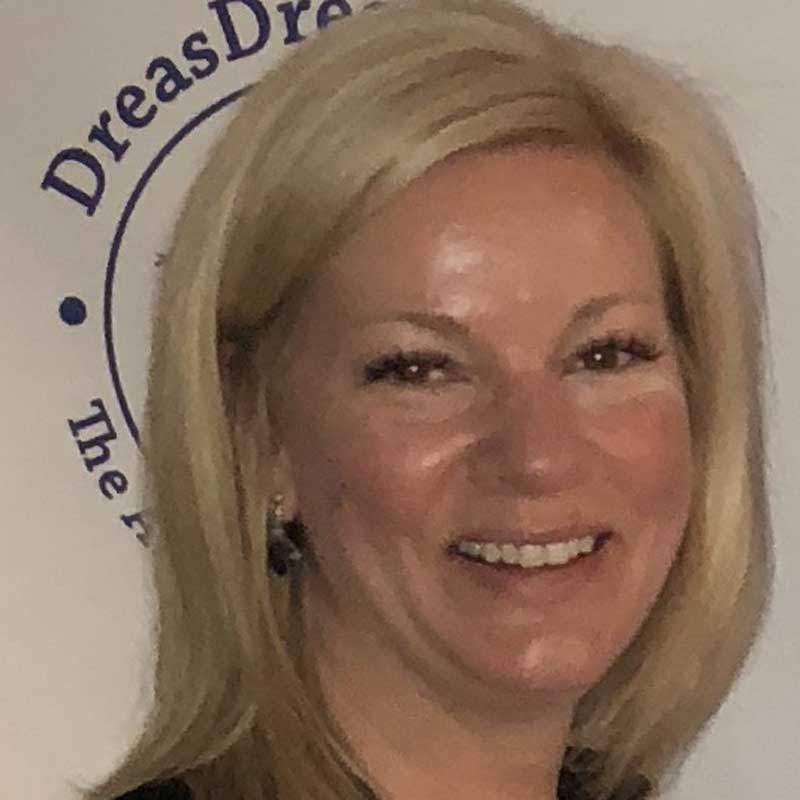 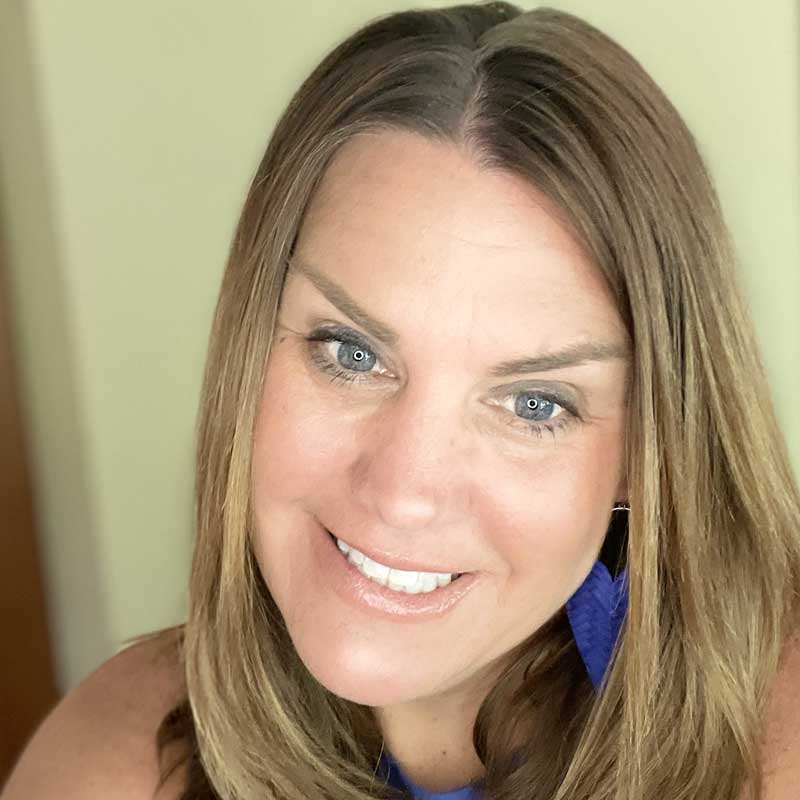 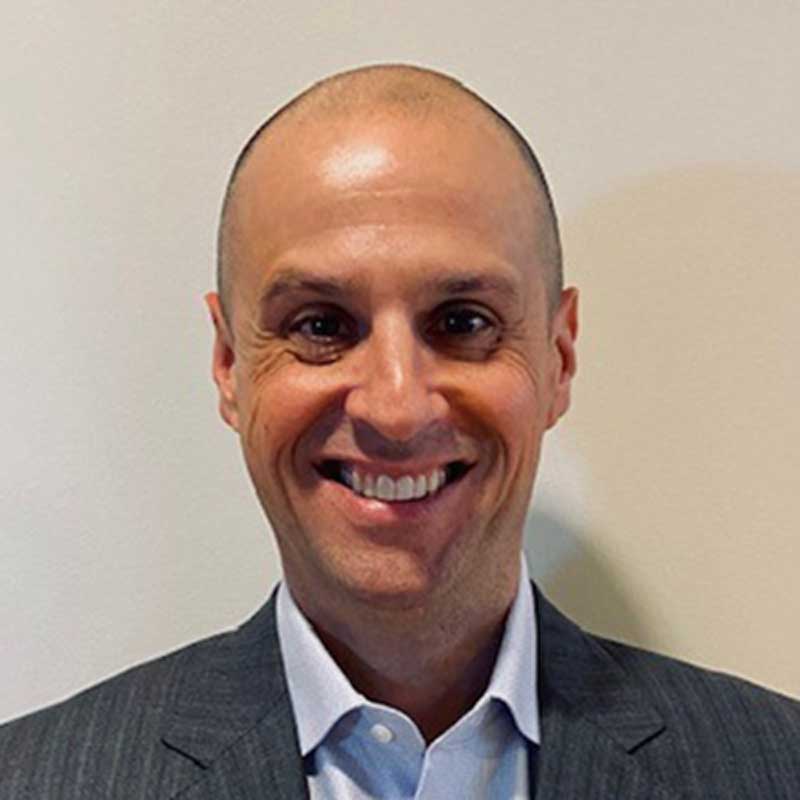 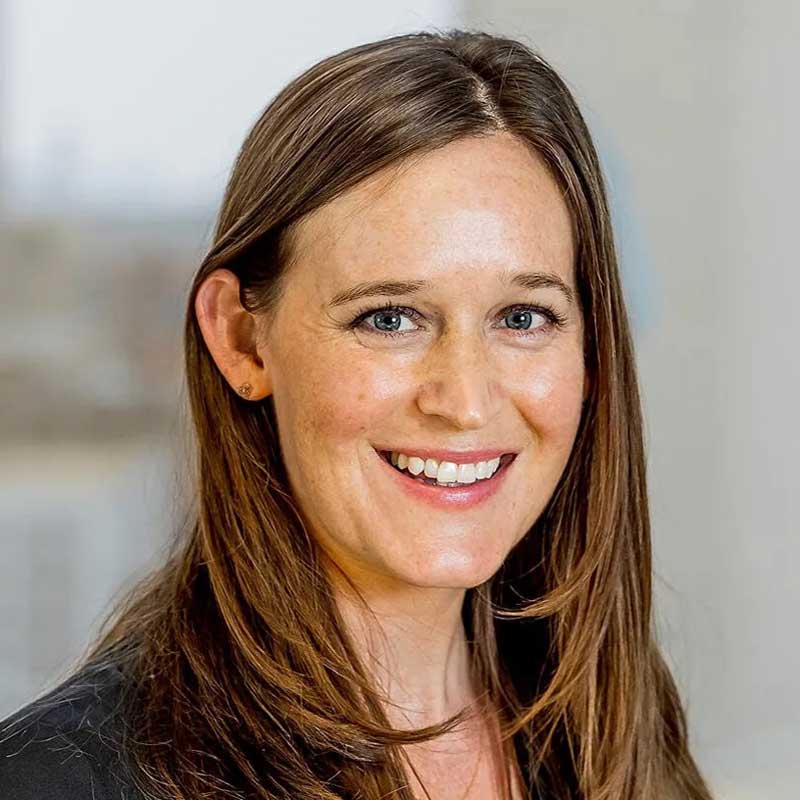 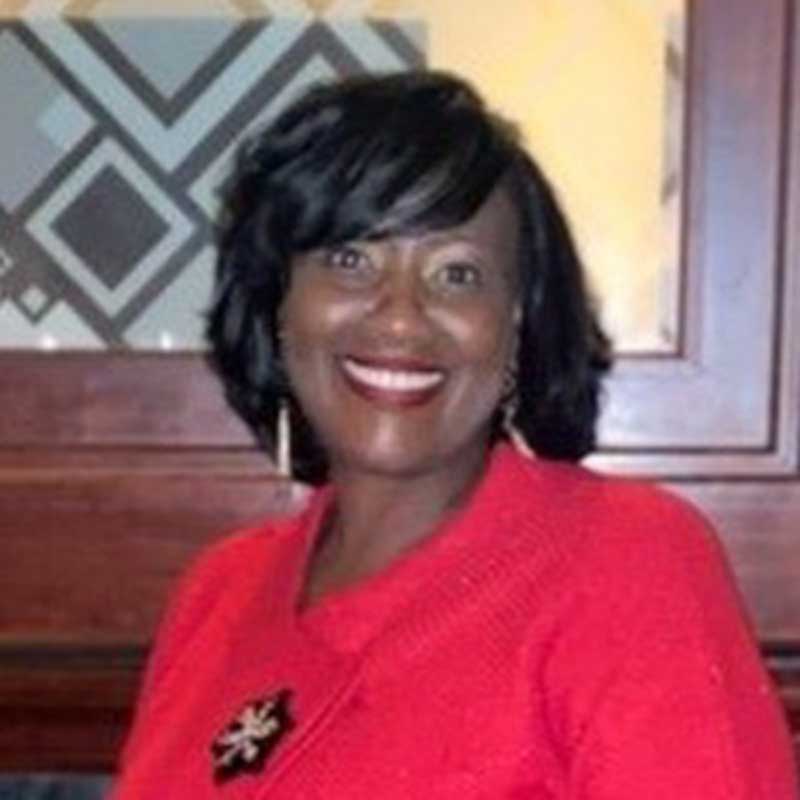 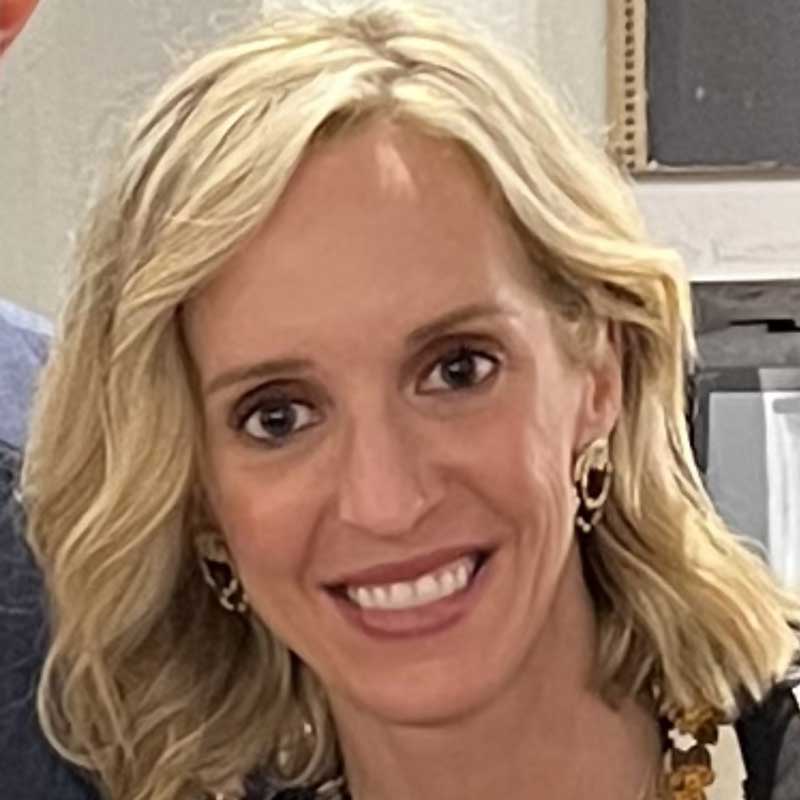 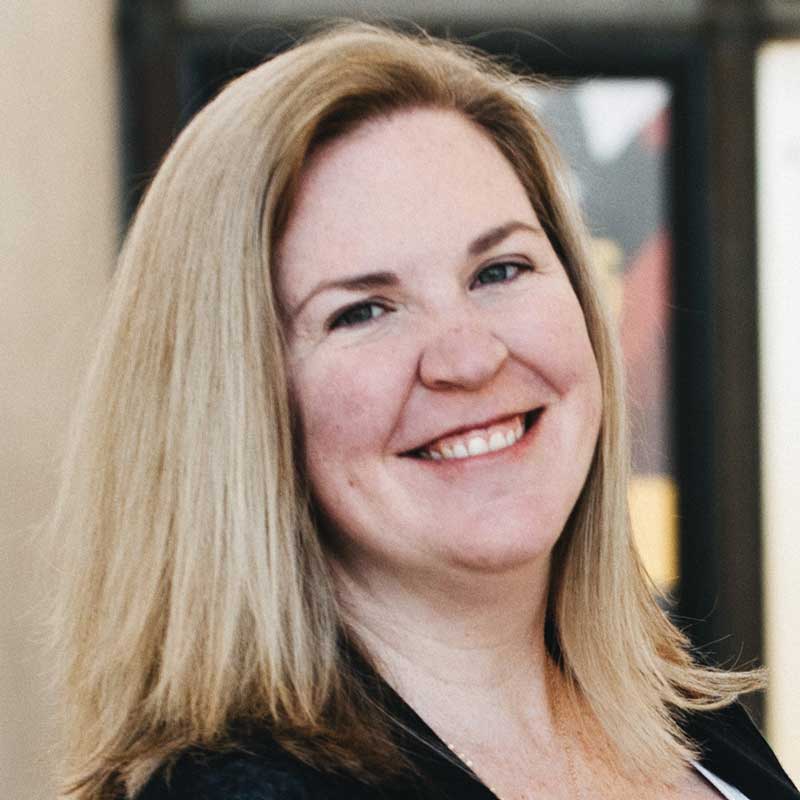 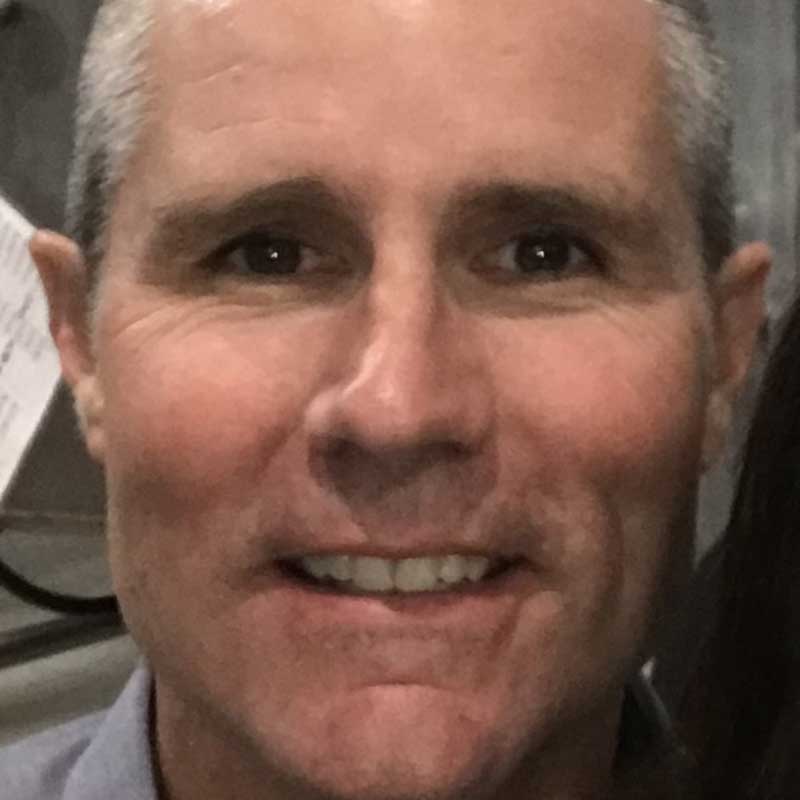 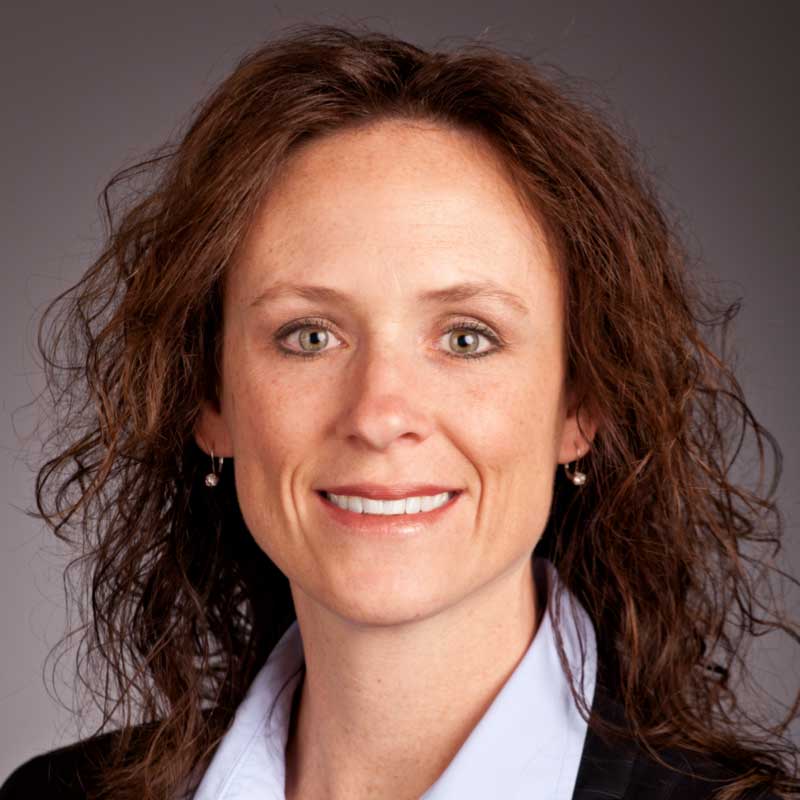 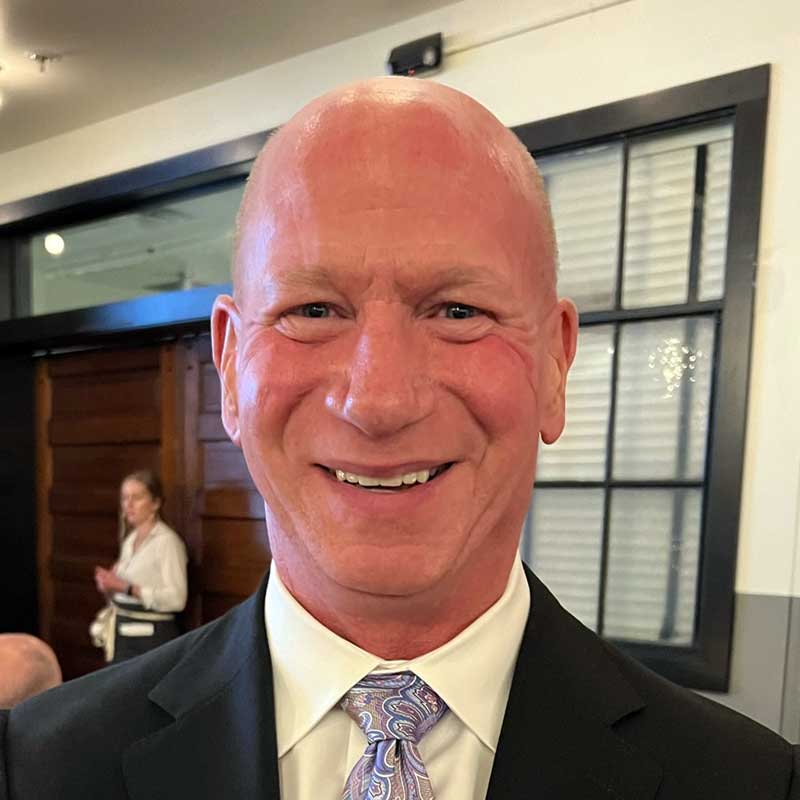 Their story has also been complicated by congenital heart disease and cancer. Latoya was diagnosed with breast cancer and underwent treatment before Ari’s birth.

Ari had her first open heart surgery at one week of age and her second at 6 months old. This dynamic mother-daughter duo are the real heroes. 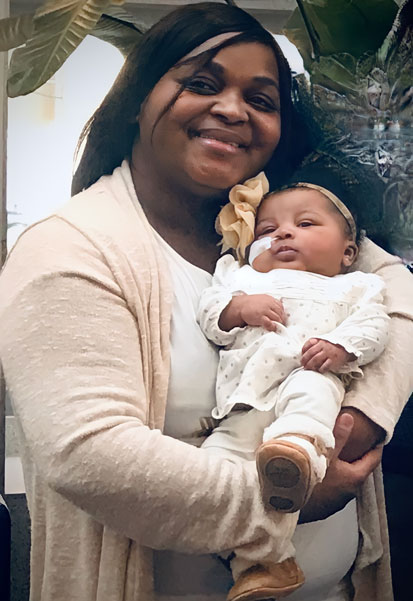 Meet Diego, a 14-year-old heart warrior with Hypoplastic Left Heart Syndrome. He has endured multiple surgeries that rerouted his blood flow to maximize his heart’s function. These procedures have been so effective that he has been cleared to play sports and leads a life without constraints.

Diego is an active teen who loves flag football, video games, dad jokes, and walking his dog. His laugh is infectious and always brings an energy and joy that lights up any room. He is the oldest of two brothers, and despite the typical sibling rivalry, he enjoys hanging out with his younger brother and playing video games. 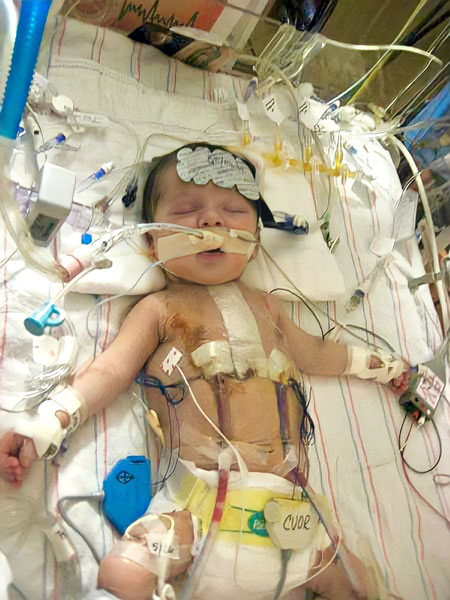 Jenn Hinkle was born and raised in St. Louis, Missouri, and attended DePaul University in Chicago, where she graduated in 2004 with a degree in marketing. Jenn’s early career began at Gibsons Steak House in Chicago, where she gained invaluable experience in hospitality and met her soul mate. Chicago is Jenn’s second home, but St. Louis called her back to start the next chapter of her life with Mark Hinkle. Jenn’s career in the restaurant industry continued to flourish as she welcomed her first child, Maddie, into the world in 2009. Then shortly after, along came Oliver in 2011.

Ollie was born with a congenital heart defect (CHD) that took their family in and out of the hospital for nearly 14 months. Unfortunately, he lost his battle with CHD in 2013. From this experience, the Hinkle’s set out to take their love for Ollie and all the love they were shown and share it with others. Jenn and Mark know firsthand the heartache and struggle of having a critically ill child and what a difference even the tiniest gesture of love can make. They took the pain and grief they felt and turned it into a way to give back to help them heal and, at the same time, spread more love to the heart community than they could ever imagine through the Ollie Hinkle Heart Foundation (OHHF).

The Hinkle’s started investing in technology and research through the Children’s Heart Foundation, where they also served on the board for 3 years. Through that experience, they decided that they also wanted to provide outreach and individualized support to heart families. Today OHHF is a successful and influential organization thanks to Jenn’s leadership, as she positioned the team and programs to be the go-to resource for heart families and healthcare professionals in St. Louis and beyond. In addition, Jenn and Mark co-own the Olive + Oak Hospitality Group, where they have established their home in the Webster Groves community with their two daughters, Maddie and Annie, and fulfilling Ollie’s legacy.

Born and raised in Alton, Illinois, Mark fell in love with food at an early age. When he wasn’t terrorizing the neighborhood with his three brothers, he would indulge in his favorite cooking shows featuring the likes of Emeril Lagasse, Jack McDavid, and Martin Yan. Never foreseeing a “career” in food, he attended the University of Illinois and pursued a degree in business. To earn a little cash, he worked in kitchens in Champaign. After graduating, he moved to Chicago, where he landed a job in banking. Though it all looked great on paper, he couldn’t resist his true calling with one of the most outstanding restaurant cities in the country at his fingertips; the banking gig didn’t last long.

He took his first front-of-house job working at the perpetually busy Hugo’s Frog Bar and Fish House. Under some of Chicago’s best Maître D’s guidance, he learned how to run a great restaurant. While he never lost his passion for the kitchen, he followed his dreams of delivering old-school hospitality. After stints within Gibsons Restaurant Group, at RL and Gibsons Steakhouse, he earned a spot as General Manager of Hugo’s at 25 and swept his true love off her feet. In early 2007, Mark and Jenn moved back to St. Louis to tie the knot, start a family, and join what was becoming an inspiring local restaurant community.

After acting as General Manager for two restaurant openings, Mark eventually found a home at the Chesterfield landmark, Annie Gunn’s; he found his niche there. His passion for not just the guests but also food, wine, beer, cocktails, and all aspects of the business evolved. In 2015, after falling in love with the character and charm of Webster Groves, Mark set out to bring something new to the neighborhood his family called home. Determined to create a warm, bustling spot with thoughtfully prepared food and gracious hospitality, Olive + Oak was born. As additional opportunities in Old Webster presented themselves, the group expanded, opening The Clover & the Bee, O+O Pizza, Perennial on Lockwood, and a private event venue, The Hall.

Mark’s leadership and impact on the local restaurant community have been profound, putting Webster Groves on the map for some of the best culinary delights and wine pairings in town while creating awareness about pediatric heart disease through their family’s story.

Diya was born in 2007 with double outlet right ventricle with hypoplastic left ventricle and has a twin brother. She underwent three open heart surgeries early in life. She lives a healthy life with the support of her cardiac team.

Diya loves socializing with her friends, is focused on good grades, and is highly athletic. She is a starting pitcher on her high school’s baseball team, training to be a powerlifter, and has earned the President’s Education Award for academic excellence. At age 11, she earned college credits in algebra and pre-calculus from Arizona State University. Diya is inspiring other heart children to find their possible. 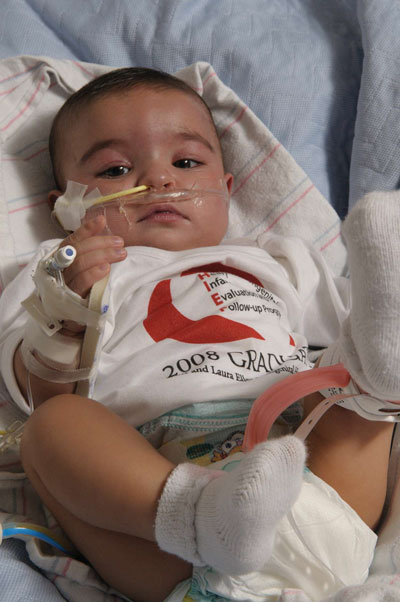